There’s a new fear of flying: You’re more likely to die from exposure to toxic pollutants in plane exhaust than in a plane crash, a new study suggests. By Mason Inman, for National Geographic News 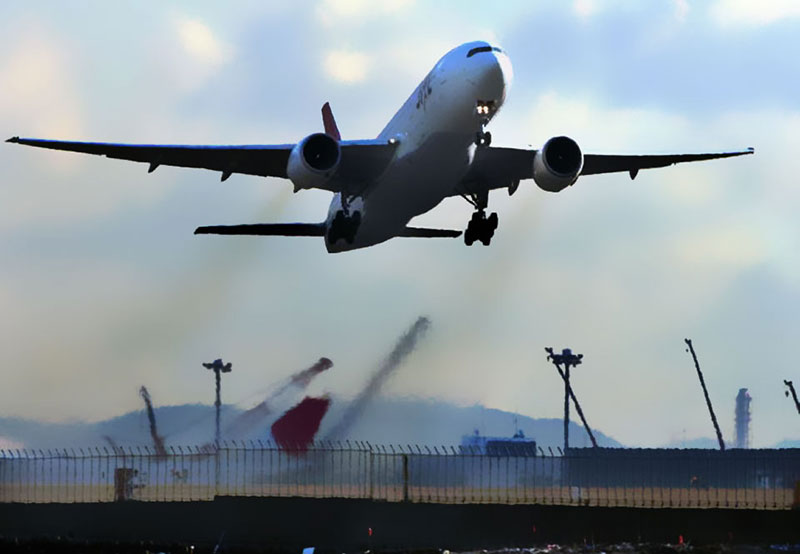 There’s a new fear of flying: You’re more likely to die from exposure to toxic pollutants in plane exhaust than in a plane crash, a new study suggests.

Earlier studies had assumed that people were harmed only by the emissions from planes while taking off and landing. The new research is the first to give a comprehensive estimate of the number of premature deaths from all airline emissions.

“We found that unregulated emissions from [planes flying] above 3,000 feet [914 meters] were responsible for most of the deaths,” said study leader Steven Barrett, an aeronautical engineer at the Massachusetts Institute of Technology in Cambridge.

(Related: “Pollution Can Change Your DNA in 3 Days, Study Suggests.”)

Many of these particles of pollution are tiny, about a hundred millionths of an inch wide, or smaller than the width of a human hair.

So-called particulate matter that’s especially small is the main culprit in human health effects, especially since the particulates can become wedged deep in the lung and possibly enter the bloodstream, scientists say.

Barrett and colleagues used a computer model that brought together records of flight paths, the average amount of fuel burned during flights, and their estimated emissions.

The computer model, based on experimental data, has been shown to accurately capture pollution’s movement in the atmosphere as well as intercontinental transport of pollution, especially from Asia to North America, Barrett said.

By comparing this data with another atmospheric model, the team was able to track how plane pollutants are likely to move and where the pollutants are most likely to fall to the surface, where people breathe them in.

The study also looked at how human populations are spread around the planet to estimate how the patterns of airplane pollution might up the risk of death. (Test your knowledge of toxic disasters.)

The most common causes of death due to air pollution are cardiovascular and respiratory diseases, including lung cancer, according to the UN’s World Health Organization.

Not in Your Backyard

The locations with the most active airports aren’t always the ones that suffer the biggest health impacts, the study suggests.

When a plane flies at cruising altitude above the clouds, wind currents can whisk the pollution far away so that prevailing winds cause the pollution to fall from the sky about 6,000 miles (10,000 kilometers) to the east of the plane’s route.

The United States incurs about 450 deaths each year from airplane emissions—only about one-seventh the number of deaths that would be expected if the pollution fell straight to the ground from planes, the study said.

In India, on the other hand, there are an estimated 1,640 deaths per year from airplane emissions—about seven times more deaths than would be expected based on the number of flights that start or finish in the country.

Most of these deaths are caused not by flights over India but from emissions in Europe and North America at high altitude, which then blow across Asia, according to the study, published in the October issue of Environmental Science & Technology. 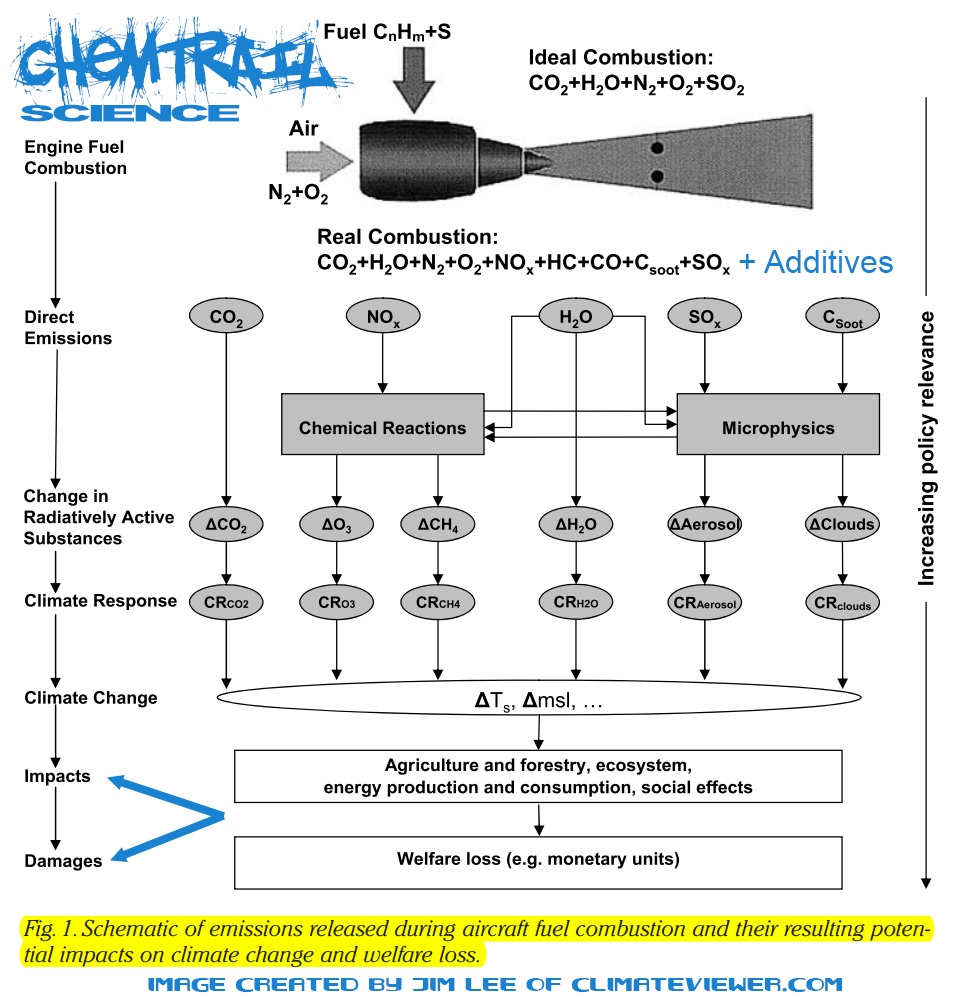 Airplane pollution deaths still represent a small share of the toll from all kinds of air pollution.

Emissions from ships, for instance, kill an estimated 60,000 people a year, according to a 2007 study also published in Environmental Science & Technology.

And the annual total death toll from air pollution is about a million, according to the United Nations Environment Programme.

However, Barrett said, “aviation is growing fast, so we need to start now” on curbing the death rate.

“Regulators need to explicitly consider the impact of cruise emissions on human health,” he added.

Sulfur in jet fuel is a major killer, but for a small additional cost “on the order of [U.S.] five cents a gallon, you can remove the vast majority of the sulfur,” he said.

Airplane-pollution deaths account for about a tenth of all air-pollution deaths with cross-border causes, Liu said. So airplane pollution could be an important focus for environmental regulations in the future.

If the findings hold up during future studies, then the aviation agency will consider how to regulate airplane emissions to cut their health impact, Maurice said.

Plane Exhaust Kills More People Than Plane Crashes by Jim Lee is licensed under a Creative Commons Attribution-NonCommercial-ShareAlike 4.0 International License. Based on a work at climateviewer.com/. Permissions beyond the scope of this license may be available at climateviewer.com/terms.