Dr. Peter Lin: "And I wish we could do what they did in Beijing, which was they seeded the clouds to get rid of the rain for the Olympics. If we could seed these monsoon clouds, I don't know if that's possible, and if we could hold off the rain..." Quote starts at (9:04)

"Joint teams from Israel and one of the neighboring countries make the clouds entering into Iran barren. Moreover, we are faced with the cases of cloud theft and snow theft," Brigadier General Gholam Reza Jalali, head of Iran's Civil Defense Organization 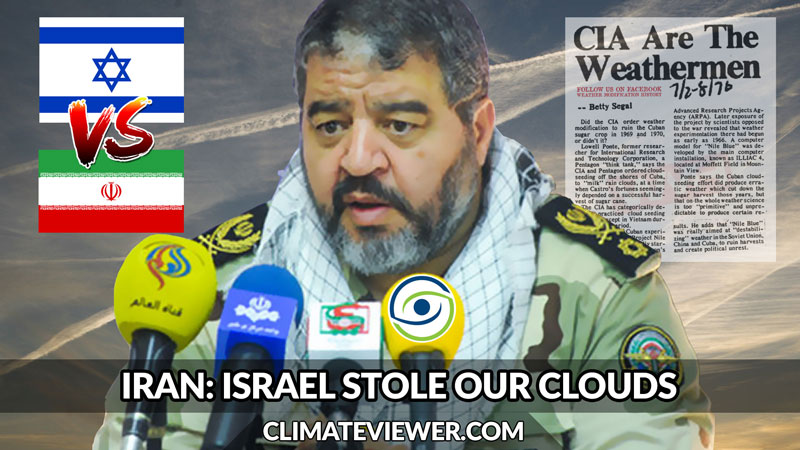 "The only quasi-expert in clouds that I know is Dr. Roy Spencer, the official climatologist here at the EIB Network, University of Alabama Huntsville. And he has written extensively on clouds and water vapor and their effect on the greenhouse gases, CO2 and climate change. But even Dr. Spencer will tell you, steal a cloud, you can’t even go make one." - Rush Limbaugh

Rush, planes are making clouds every day and we know exactly how they are making them:

Later in the show, Rush responds to a caller (Al) with this comment:

I know of efforts to seed clouds to make it rain. But the fact is out there, Al, there are still massive droughts over which we have no control whatsoever. I’m also trying to figure out the actual theft of a cloud, if we’re gonna actually seriously discuss this, how would that happen, Al? How would the Israelis steal a cloud that the Iranians have manufactured? - Rush Limbaugh

Dear Mr. Limbaugh: You clearly are talking to the wrong meteorologists. 50% of them don’t even know that cloud seeding is real or don’t understand it at all:

How the Chinese plan to modify the weather in Beijing during the Olympics, using supercomputers and artillery.

To prevent rain over the roofless 91,000-seat Olympic stadium that Beijing natives have nicknamed the Bird’s Nest, the city’s branch of the national Weather Modification Office–itself a department of the larger China Meteorological Administration–has prepared a three-stage program for the 2008 Olympics this August.

Then, using their two aircraft and an array of twenty artillery and rocket-launch sites around Beijing, the city’s weather engineers will shoot and spray silver iodide and dry ice into incoming clouds that are still far enough away that their rain can be flushed out before they reach the stadium.

Finally, any rain-heavy clouds that near the Bird’s Nest will be seeded with chemicals to shrink droplets so that rain won’t fall until those clouds have passed over. Zhang Qian, head of Beijing’s Weather Modification Office, explains, “We use a coolant made from liquid nitrogen to increase the number of droplets while decreasing their average size. As a result, the smaller droplets are less likely to fall, and precipitation can be reduced.” August is part of Northeast Asia’s rainy season; chances of precipitation over Beijing on any day that month will approach 50 percent. Still, while tests with clouds bearing heavy rain loads haven’t always been successful, Qian claims that “the results with light rain have been satisfactory.”

Russian military pilots have described how they created rain clouds to protect Moscow from radioactive fallout after the Chernobyl nuclear disaster in 1986.

Major Aleksei Grushin repeatedly took to the skies above Chernobyl and Belarus and used artillery shells filled with silver iodide to make rain clouds that would "wash out" radioactive particles drifting towards densely populated cities.

More than 4,000 square miles of Belarus were sacrificed to save the Russian capital from the toxic radioactive material.

"The wind direction was moving from west to east and the radioactive clouds were threatening to reach the highly populated areas of Moscow, Voronezh, Nizhny Novgorod, Yaroslavl," he told Science of Superstorms, a BBC2 documentary to be broadcast today.

"If the rain had fallen on those cities it would've been a catastrophe for millions. The area where my crew was actively influencing the clouds was near Chernobyl, not only in the 30km zone, but out to a distance of 50, 70 and even 100 km."

In the wake of the catastrophic meltdown of the Chernobyl nuclear reactor, people in Belarus reported heavy, black-coloured rain around the city of Gomel. Shortly beforehand, aircraft had been spotted circling in the sky ejecting coloured material behind them.

Moscow has always denied that cloud seeding took place after the accident, but last year on the 20th anniversary of the disaster, Major Grushin was among those honoured for bravery. He claims he received the award for flying cloud seeding missions during the Chernobyl clean-up.

A second Soviet pilot, who asked not to be named, also confirmed to the programme makers that cloud seeding operations took place as early as two days after the explosion.

Alan Flowers, a British scientist who was one of the first Western scientists allowed into the area to examine the extent of radioactive fallout around Chernobyl, said that the population in Belarus was exposed to radiation doses 20 to 30 times higher than normal as a result of the rainfall, causing intense radiation poisoning in children.

Mr Flowers was expelled from Belarus in 2004 after claiming that Russia had seeded the clouds. He said: "The local population say there was no warning before these heavy rains and the radioactive fallout arrived."

We conclude our series featuring Dr. Beryulev’s report on Russia’s weather modification projects with this interesting perspective on stopping rain.

To crystallize one cubic km of [a] supercooled cloud, it is usually enough to seed it by several hundred grams of dry ice or [with] several grams of silver iodide.

After seeding a cloud or fog by ice particles in favorable conditions, an intensive cloud crystallization process begins, and in 5-10 minutes ice crystals are observed to fall out of the cloud.

In this case, one passage of a seeding airplane results in producing a dissipation zone with an average 3-5 km width.

The full clearing of the target site from cloud drops and precipitation particles occurs in 35-50 minutes after seeding.

The methods to destroy developing convective clouds differing in intensity, from cumulus congestus to cumulonimbus, using a dynamic technique, i.e. artificially generated downdrafts, were theoretically justified by scientists from the Russian Institute of Applied Geophysics and thoroughly tested under laboratory and field conditions by specialists from the CAO.

It has been found out that downdrafts in the upper cloud part can be produced by an artificial air jet directed downward, through seeding powders or dispersing water mass in it.

Also, downdrafts in a cumulonimbus congestus can be generated by enhancing precipitation falling into them from aloft.

The dynamic destruction of cumulonimbi through seeding their tops by powdery material has proved sufficiently effective.

Thus, the seeding of single-cell isolated air-mass clouds and frontal clouds accounts for a 90% and 60-65% score, respectively.

The seeding of 30 kg or more of coarse-dispersion powders (per cloud top) resulted in the destruction of single-cell isolated clouds within 10-20 minutes and frontal ones within 30-35 minutes.

The other two methods out of the four mentioned at the beginning of this section use weather modification techniques similar to that employed in the first method aimed at the dissipation of clouds and fogs.

In both cases it is possible to estimate the distance of advance seeding relative to the protected territory so as to prevent undesirable clouds and precipitation from reaching it.

In some synoptic situations, overseeding may prove to be the most appropriate procedure. This is due to its capability to reduce precipitation significantly and to its faster action facilitating the production of an artificial crystallization zone (with reduced or not precipitation) over a protected territory, which is especially important in conditions of a complex and variable wind field.

The Russian Woodpecker, Chernobyl Meltdown, and Ionospheric Heating Over the USA (1983-1986)

Thai Cave Rescue: Cloud Seeding to Stop Monsoon Rains? by Jim Lee is licensed under a Creative Commons Attribution-NonCommercial-ShareAlike 4.0 International License. Based on a work at climateviewer.com/. Permissions beyond the scope of this license may be available at climateviewer.com/terms. 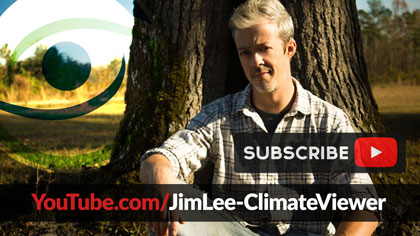 
From Bill Gates' StratoShield to StratoCruiser, all the info on this geoengineering solar radiation managmenet field experiment and the push back from civic groups at COP24. ... Continue reading